How Google models itself on graduate school

As I’ve blogged on many occasions recently, I think the reasons for this are obviously not altruistic. But it’s an interesting phenomenon nonetheless. From Battle of the Titans loc 609-623: It feels like a college campus, and that’s exactly how it’s supposed to feel. The source of Google’s success has […]

when digital capitalism explicitly models itself on digital social science

Corporations become more like universities, at least for their digital elites, while universities are rapidly transformed into corporations. From How Google Works loc 1419: From the outset, Google’s founders understood that to consistently hire the best people possible, the model to follow wasn’t that of corporate America, but that of […]

want to lose all faith in the future of higher education?

Then read through the comments that have accumulated on this morning’s Anonymous Academic post on the Guardian. Or don’t actually. Perhaps I just want others to share in my misery after having read through the whole set. Possibly the most depressing thing I’ve read all year. As I made my […]

some thoughts about the accelerated academy

Saved here for my own reference: Mechanism for the accelerated academy: ratcheting up of expectations placed upon academics with no corresponding increase in time available. — Mark Carrigan (@mark_carrigan) December 2, 2015 Professional bind of accelerated academy: expansion of occupational responsibilities w/out corresponding expansion of institutional support. — Mark Carrigan […]

Academic life in the measured university: pleasures, paradoxes and politics

Via Janice Malcolm: Submissions To submit CLICK HERE Submissions are due by Friday 15 January 2016.   Themes The conference welcomes submissions from staff and students (especially collaborations among students, and between staff and students), across the full spectrum of disciplinary lenses on the themes described below. We are especially keen […]

the chronopolitics of commitment in higher education

This is well intentioned but ultimately hugely problematic: Inter-Disciplinary.Net believes it is a mark of personal courtesy and professional respect to your colleagues that all delegates should attend for the full duration of the meeting. If you are unable to make this commitment, please do not submit an abstract for […]

An interesting blog post by Nick Osbaldiston, reflecting on a study they undertook into the working lives of academics. The original focus was quantitative, with some of the findings detailed in the post: • Academics in our study (n=155) reported working on average 9 hours per day • However, Full-Time […]

surviving life in the accelerated academy: prospects and problems for digital scholarship

Here’s a link to the podcast of an invited talk I did at the Society for Research Into Higher Education last week: Surviving life in the accelerated academy: prospects and problems for digital scholarship In recent years, increasing attention has been paid to the stress and anxiety of academic life. This […] 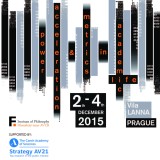 Power, Acceleration and Metrics in Academic Life 2nd-4th December 2015, Prague (Vila Lanna) Organised by the Institute of Philosophy of the Czech Academy of Sciences and supported by the Strategy AV21. Register and get more information at http://accelerated.academy Powered by Eventbrite There is little doubt that science and knowledge production are […]

the origins of digital capitalism

From The New Prophets of Capital by Nicole Aschoff, loc 730-744: At the same time, society’s greatest inventions and innovations of the past two hundred years— rockets to the moon, penicillin, computers, the internet— were not bestowed upon us by lone entrepreneurs and firms operating in free markets under conditions […]

The fiction future of faculty: an afternoon of sociological design fiction

I’m organising a design fiction event in Manchester on September 16th, with James Duggan and Joseph Lindley. It’ll be great. You can register here: https://www.eventbrite.com/e/the-fiction-future-of-faculty-an-afternoon-of-sociological-design-fiction-tickets-18169546603 The ability of storytelling to help us envision and discuss a gamut of plausible futures, from dystopian visions to everyday utopias, is increasingly being harnessed […]

Comparing the follower counts for Twitter feeds based on the 2014 REF results (i.e. I mean ‘top’ in a very narrow sense) and an  unsystematically chosen selection of the Twitter feeds I’ve been scrutinising this morning as I finish off the book. Oxford University: 231,000 Cambridge University: 200,000 Shit Academics Say: 129,000 […]

An overview of the things that I’ve been reading this morning. I’ve been focusing on this today because I think this section of the book is a little weak, despite it being one of the most important and interesting issues I cover. A useful essay reflecting on the David Guth […]

Bookmarking this so I can come back to it later. If I pursue this thread, Social Media For Academics is never going to get finished: Reflecting their student populations, universities have long been bastions of oodles of consumer technology. We are awash in mobile phones, laptops, tablets, gaming consoles, and the like. […]

I’ve struggled to see how Snapchat could be used within higher education. I could imagine why academics might end up using it in an entirely personal capacity, but I found it difficult to imagine how it could be used by them professionally. So it was really interesting to read this interview […]

surviving life in the accelerated academy: prospects and problems for digital scholarship

It’s been ages since I last wrote an abstract and immediately found myself thinking “wow, I can’t wait to write this paper”: Surviving Life in the Accelerated Academy: The Potential and Pitfalls of Digital Scholarship  In recent years, increasing attention has been paid to the stress and anxiety of academic life. This […]

How connected is your university to the arms trade?

How connected is your university to the arms trade? This is a question which I was obsessed with seven years ago when I co-founded the anti-arms trade campaign at Warwick. However it’s largely slipped away as something to concern myself with. Receiving this e-mail from Campaign Against The Arms Trade […]

Well this is worrying: Two members of staff have been sacked by the University of Bolton for allegedly leaking information about the vice-chancellor to the press, the University and College Union has said. Damien Markey, a senior lecturer in visual effects for film and television and secretary of the Bolton […]

The Responsibilities of Academics

No to outsourcing of academic staff! Public meeting by @warwickucu on Wednesday

Circulated via e-mail at Warwick but posted here for any Warwick people reading who may have missed the announcement: No to outsourcing of academic staff! Public meeting. Wednesday 22nd April, 5-6.30 PM, H.148 (Humanities Building). Open to all UCU members and non-members, permanent and casualised staff. Join us to find out […]