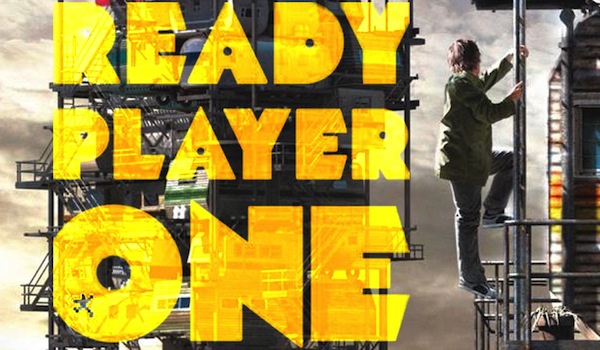 In a near future America, the world is locked into an inglorious decline while the majority of its population is locked into an intoxicatingly expansive virtual world. Ecological crisis and economic ruin operate hand-in-hand to leave the 99% living in sprawling slums, consisting of endless stacks of trailer parks, around the periphery of the surviving cities within which some economic activity takes place. The game provides an escape from this, offering an endless array of worlds full of wonders in contrast to the grim reality of the singular world the players inhabit in the rest of their lives.

On the surface, Ready Player One might seem to be an inditement of gaming, framing it as the source of widespread acquiescence to social collapse. But it has a much more nuanced approach than this. Firstly, there’s a profound nostalgia which suffuses the book, suggesting that what’s of most value in the cutting edge of gaming in this dystopian world inevitably borrows from and looks back to an older age of gaming from the 70s, 80s and 90s. Secondly, the narrative of the book hinges upon the possibility for re-enchantment that gaming offers. The global game into which the world’s population has immersed itself might be implicated in this widespread withdrawal from social concern, but it also offers a solution. The game itself opens up the possibility for heroism, for mass collective struggle to change the world, which ultimately makes itself felt back in the ‘real’ world.

In this sense, the book offers a pessimistic vision of the future of capitalism but a qualified optimism about the future of gaming. It’s nonetheless realistic about the relationship between the two, with capitalism having facilitated the worst of what is latent with gaming but also being susceptible to being changed by the best that can be found within the craft of gamers.

The recent film Nerve offers a more straight forwardly moralistic vision. It tells the story of an underground viral game called ‘Nerve’, which allows participants to be either ‘players’ or ‘watchers’. The former earn rewards for acting on dares offered by the latter, who are encouraged to follow the players around and live stream their daring actions. The first moral of the story rests upon the dangers of celebrity, suggesting that the combination of teenage social pressures and an anonymous crowd can create immense pressure, potentially leading anyone to do things they’ll later have reasons to regret. The second moral of the story is more interesting, with a slightly contrived plot being used to explain how some players get locked into a game which, because it relies on the block chain, can not simply be shut down. This expresses an interesting fear we’re perhaps likely to see ever more explorations of: socio-technical novelties that cannot be suppressed or switched off. The moralistic streak in the film undermined the potential power of its story telling here because the valiant and sneaky actions of the protagonists lead them to escape the game and destroy it. I can easily imagine a much bleaker and more interesting film which took the fear it raised seriously.

Traders is a gloriously dark film set in post-crash Dublin, exploring the changing fortunes of young financiers who briefly had everything and now must come to terms with having lost it. Much like Nerve, Traders revolves around a viral game, trading, in which desperate bankers who’ve lost everything can agree to fight to the death for the remaining assets of their opponent. Succesful traders soon build up an impressive prize fund, incentivising others to match them and the ‘dark web’ game takes on a life and energy of its own. The logic of the game escapes its creator, whose desperate attempts to regain his hold on it leads to his own downfall, introducing elements into the game which accentuate the worst aspects of its own internal rationality.

Ready Player One, Nerve and Traders are very different works. But what they have in common is a confrontation with the social reality of gaming. Rather than seeing gaming as an individual pursuit, involving a retreat from the social, all these works recognise the intrinsically social nature of contemporary gaming. Gaming is in the world, of the world and acts on the world. But it’s more than this: the liberation of gaming from relatively static hardware which encouraged, though by no means determined, fixture within the home has opened up an entirely new arena of socio-technical novelty.

What Nerve, Traders and Ready Player One explore is gaming-as-social-structure. The most engaging scenes in Nerve are when the logic of the game override normative expectations in social situations: in this sense a game acts as social structure, in a way disruptive of existing social order but also leading to the generation of new forms of order. The prospect of mobile augmented gaming, particularly if it has the massively distributed game dynamics of something like Nerve, heralds a profoundly morphogenetic form of social structure i.e. its operation encourages change in everything it encounters, in unpredictable and often dangerous ways. If we see the massive growth of games like Pokemon Go, as well as their further development, I think this characteristic of games will be an ever more potent object of cultural expectation.