The first edition of my newsletter. You can subscribe here for very occasional rambling reflections like the one below.

Archives have always seemed romantic to me. It’s only recently I’ve discovered that they’re less romantic yet far more fascinating than I realised. I’ve spent some time in two archives, The Foundations of British Sociology archive at Keele University and the Stafford Beer archive at Liverpool John Moores University. The first contains the papers of a whole range of organisations and individuals who were instrumental in the early history of sociology. It’s blown my mind slightly to see how things we are doing now which have felt so original (forming a legal entity for The Sociological Review, experimenting with new modes of publication, exploring the boundaries of disciplinarity) were things the journal’s founders were doing a century ago. In many ways, it was more advanced with a vast apparatus for sociological tours involving in the public in citizen social science amongst many of the activities I’ve found records of in there. What’s really preoccupied me has been the resonance their activity provokes in me. I feel I get what they were about, in some ways more so than I get what many of the contemporary academics I know are about. Furthermore, it’s arresting to see how the character of publish interest in their activity, though of course the explanation for this is complex. Nonetheless, this was a real headline from a national newspaper: 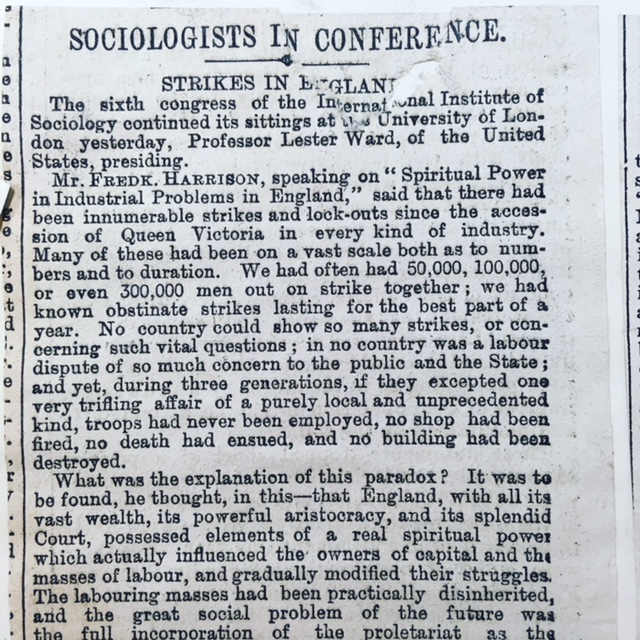 I’ve been writing about the archives here and I suspect it will gradually build up into a more extensive piece of writing. I have some vague sense this is significant for the book on public sociology which myself and Lambros Fatsis are writing but I’m not sure what this entails beyond observing that the public character of sociology is seemingly assumed in the minutes and internal documents I’ve read in the archives, rather than being something that has to be explicitly stated and argued for. It’s been at the back of my mind when reading the Stating the Sociological feature which Emma Jackson and I have organised on The Sociological Review’s blog, as a (belated) response to the atrocious Times Higher Education article on the State of Sociology. As Des Fitzgerald responds to the tone of polite disdain THE’s reflections offer for contemporary ‘grievance studies’:

‘Don’t bite the hand that feeds you.’ What can we possibly say to such counsel? Don’t worry. You didn’t.

It’s easy to lionise past figures but past sociologists had a huge part to play in the present day state of the discipline. Which makes prognostication about its pathologies infuriating when undertaken by people who (a) take no responsibility for the direction of travel (b) show little awareness of the institutional or intellectual reality of contemporary sociology. There’s a nostalgia to my fixation on this archive, underpinning I think by a sense we might be moving back to a sociology that exists to a larger extent outside the university. Immersing myself in an intellectual world where this was a given is oddly soothing, even if goes hand-in-hand with a concerned recognition that the ‘sociological movement’ sought to get into the university. Nonetheless, I’ve found the vibrancy of these early British sociologists intoxicating, as they ran around the globe experimenting and organising, setting up many things which failed while constantly writing about the process.

It’s the same worldly intellectualism which grips me about Stafford Beer. For those unfamiliar with him, I should start by pointing out how Beer was a fascinating and contradictory figure. He was a management guru before gurus. A consultant and a scholar. A scientist and an artist. A man who lived in abstractions yet was immensely practical. A cybernetician and a yoga teacher. He was polymathic in a way which is hard to imagine from our contemporary vantage point, traversing an immense range of fields in which he made significant intellectual and practical contributions. Therefore the range of the materials contained in the archive wasn’t a surprise. What did shock me was the variety of his outputs. He wrote books, papers, essays, reports and letters. He produced endless diagrams which have been as much a source of inspiration for artists as they have for systems analysts. He produced artefacts to convey his ideas and to serve practical purposes in his consultancy. He painted and his work was exhibited in a ground breaking exhibition at Liverpool Metropolitan Cathedral. He published two books of poetry. He wrote a number of children’s books which he tried to publish. He produced a book of aphorisms which I suspect could have been published if he had tried. His astonishing repertoire of  communication blew me away. Can we point to any contemporary figure with the same range? He wasn’t just prolific, he was prolific in so many ways it is hard to conceive of how he structured his time to facilitate this outpouring of work. Furthermore, he did so while deeply engaged in the world, travelling regularly and tied up with all manner of diverse commitments. His scholarship didn’t involve a withdrawal from the world but rather an energetic embrace of it and the creative possibilities it opened up. His was a profoundly worldly intellectualism and I find it enormously inspiring. Here’s one of the objects I looked at in the archive when I visited on Monday:

Perhaps I’m looking backwards more because looking forward feels grim. What space exists between post-democratic decay and rising fascism seems narrow and precarious. There is large scale destruction of public records on the horizon. The possibility of preparing a democratic culture adequate to social media looks as if it can be. The neurosis of elites is a political factor which (often overlooked) makes me worry about medium term trends as social conflict increases. Against this background, there’s a comfort in looking back, even if the recognition of familiar pathologies in past decades (such as ‘post-truth’ goes hand-in-hand with a recognition that perhaps these pathologies were not quite so developed then, even though they were present. I find myself pining for a return to the archives and wondering how I could arrange my life in a way that would allow to spend significant amounts of time there.

P.S. If you want to know something depressing:

I’m currently 33. If I read 1.5 books per week for what might hopefully be another 50 years, I’ll be able to read 3900 books in rest of my life. The overwhelming sense of disappointment this provokes in me makes me wonder why I don’t redesign my life to spend most of it reading. pic.twitter.com/CCxOwOpd6q 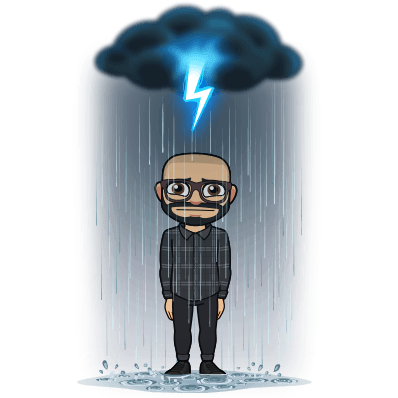