The worldly intellectualism of Stafford Beer

Earlier today I visited the Stafford Beer archive at Liverpool John Moores University. I had been curious about it for some time after talking to Mark Johnson who has been exploring the archive for a number of years. For those unfamiliar with him, I should start by pointing out how Beer was a fascinating and contradictory figure. He was a management guru before gurus. A consultant and a scholar. A scientist and an artist. A man who lived in abstractions yet was immensely practical. A cybernetician and a yoga teacher. He was polymathic in a way which is hard to imagine from our contemporary vantage point, traversing an immense range of fields in which he made significant intellectual and practical contributions. Therefore the range of the materials contained in the archive wasn’t a surprise.

What did shock me was the variety of his outputs. He wrote books, papers, essays, reports and letters. He produced endless diagrams which have been as much a source of inspiration for artists as they have for systems analysts. He produced artefacts to convey his ideas and to serve practical purposes in his consultancy. He painted and his work was exhibited in a ground breaking exhibition at Liverpool Metropolitan Cathedral. He published two books of poetry. He wrote a number of children’s books which he tried to publish. He produced a book of aphorisms which I suspect could have been published if he had tried. His astonishing repertoire of  communication blew me away. Can we point to any contemporary figure with the same range? He wasn’t just prolific, he was prolific in so many ways it is hard to conceive of how he structured his time to facilitate this outpouring of work. Furthermore, he did so while deeply engaged in the world, travelling regularly and tied up with all manner of diverse commitments. His scholarship didn’t involve a withdrawal from the world but rather an energetic embrace of it and the creative possibilities it opened up. His was a profoundly worldly intellectualism and I find it enormously inspiring.

This theme of the worldliness or otherwise of intellectuals keeps coming to mind recently and I’m hoping to explore it further in relation to the long term implications of social media for the university. 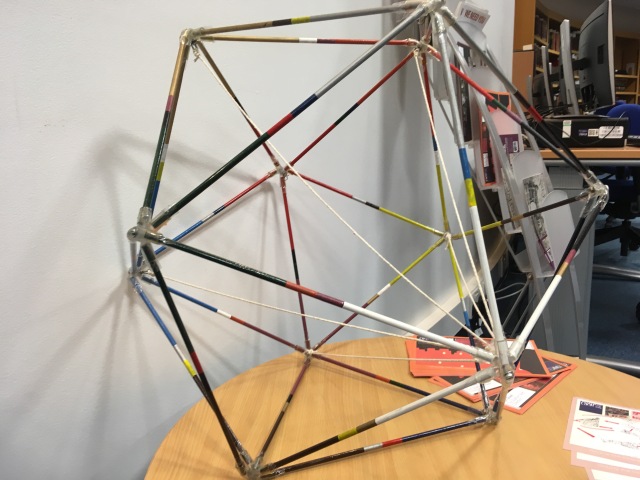 2 thoughts on “The worldly intellectualism of Stafford Beer”