Over the last five years, I’ve managed a vast assortment of institutional social media feeds. These have included academic departments, research projects, journals, research networks, academic blogs and event series. I’ve included a selection of Twitter accounts I’ve solely or jointly managed below and I’ll show some of these in the session I’m doing at University of East Anglia on Thursday afternoon. I fell into this work as a part-time PhD student, with managing my department’s Twitter feed and blog being a really useful source of part-time income. My primary focus in the post and in the session will be on Twitter but the same framework I outline can just as easily be used for other social media platforms. There are platform specific questions about content and engagement differences which I can go into more detail about in the second half of the session.

It’s something I’ve taken on in a whole range of different capacities since then, some paid and others voluntary, leading me to spend a lot of time reflecting on what this role entails, how to do it effectively and what it means to do it well. The ones I currently manage are @TheSocReview, @CPGJCam, @Soc_Imagination, @TheorySchool, @GraphicSocSci and @AcceleratedUni. There are others I haven’t included here because I’m not sure how useful they are as examples. This might seem like a lot but, as I will explain, scheduling software makes this far less time consuming than it would otherwise be. The Sociological Review takes up a significant amount of my time, but with the partial exception of CPGJ (co-curated with Jana Bacevic) none of the others are remotely time consuming. 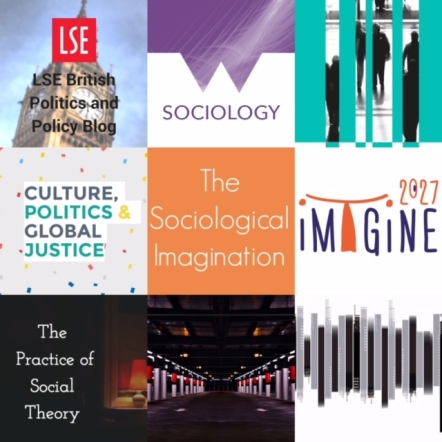 Feeds like this serve an important purpose, enabling organisations to communicate with an immediacy and regularity which was previously difficult to sustain, even if devices like e-mail lists could sometimes serve this purpose. For those directly involved with an organisation or network, they might be a relatively peripheral feature of their  interaction with it. However they are increasingly becoming the most regular point of contact for those who aren’t directly involved, creating a presence for the organisation where there previously wasn’t one but creating a whole series of challenges in the process.

In the rest of this post, I go through these challenges citing some of the examples above and offering some solutions to them. I suggest we can see this as a three-stage process (identity, curation and engagement) with different issues raised by each stage.  If you want to develop an audience on social media, it’s necessary to share material which is useful and relevant to them. This requires being clear about the identity of your organisation, the interests of your intended audience and finding material you can share which is consistent with your identity and interesting to your audience. There are many things which might generate a reaction from your audience (e.g. a Buzzfeed listicle) but if they’re not consistent with your identity then you probably shouldn’t post them.

What is the identity of your organisation?

What do you share with your audience which reflects that identity?

If you are managing an organisational account, I’d strongly recommend using software like Buffer. This allows you to define a posting schedule then populate the feed at regular intervals, without the requirement of being online constantly. To begin with aim to post twice a day before working upwards, as you get more used to using the software and your curation process becomes more habitual. This is what the Buffer looks like for the International Journal of Social Research Methodology where I’m social media associate editor:

Once you start using this software, it’s useful to set Twitter updates to e-mail you when you are mentioned or get a direct message. Otherwise it’s easy to miss people’s interaction with you and this can make the account appear unresponsive over time. I’d suggest continuing to log in on a regular basis as well, even in the absence of engagement. Finding new people to follow, keeping your profile details updated and browsing your stream are an important way to keep in touch with your audience. I’ll talk more about this towards the end.

This raises an obvious question: who are your audience? What do you know about them? What are they interested in? This might seem like a contrived execise but being as specific as possible about it will be helpful. The more concretely you can identify who they are, why they might be interested in what you are doing on social media and how you might want to influence their behaviour, the more successful you will be at managing your institutional social media account. Here are some examples:

Once you have a sense of your identity and your audience, it becomes a matter of identifying content which can be shared with them. Keeping track of people within your organisation is key to this, including through Twitter so you can see what they are sharing themselves. Here are some examples of internal updates, though be wary of how well distributed these are because of the possibility you might inadvertently end up promoting certain members rather than others, creating bad feeling:

Unless you work in a department or large centre, there will only be a limited number of announcements of these sorts. Even if there are lots, your account will be boring if this is all you include. Therefore you need to identify additional content which can be added into the mix that will be relevant to your audience and consistent with your identity. This could be repurposed: are there people giving talks which you could persuade to blog about them, presentations which could be recorded or images which could be taken at events? But it can also be identified elsewhere and, if you use a tool like an RSS reader (see below), it is less onerous than it sounds to find a couple of relevant pieces of content each day which could be shared. This allows you to keep track of a vast array of websites, browsing new updates sequentially and easily adding them into your posting schedule: 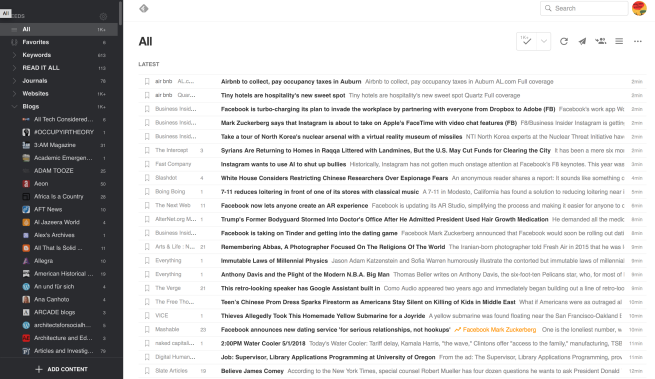 To illustrate this, I’d like to take a look at the recent contents of each feed. In the session, I’ll go through these on the overhead projector but if you’re reading this as a blog post, please click on the links below to take a look.

How do you engage with your audiences in a way consistent with that identity?

Once you get to this stage, you should have a sense of a content stream (e.g. two posts per day on two platforms) and potential sources which can be added into it. There might be a lot of setup time to get to this stage but implementing it is quite straight forward. Depending on how onerous your schedule is, allocate a certain period of time each week (e.g. two sessions of one hour each) to curating content for the scheme. With this investment of time, it becomes possible to keep a vibrant and dynamic social media presence going while not even thinking about it for a great deal of your working week. If you setup notifications so you know when someone communicates directly with you, much engagement becomes an ad hoc process which is easily manageable.

However another side to engagement is continuing to grow the account. There are numerous ways to build your audience: identify similar accounts and follow people who are following them, tagging other accounts when you share their content, promoting your account through e-mail and on websites, live tweeting from the account at prominent events or announce your account at events you organise. Each of these might be individually trivial but the cumulative effect, if you pursue them regularly alongside a curation strategy like the one described below, will be substantial. It also very platform specific and in many ways it’s most straight forward on Twitter. But as well as platform specific tricks (e.g. hashtags and locations on Instagram, following to encourage follow backs on Twitter, finding viral content on Facebook) and cross-platform promotion (i.e. encouraging people on one platform to follow you on another) there is an underlying mechanism at work: if you share content which is appealing to your audience, in a regular and systematic way, the audience will come to you!

Engaging in a way consistent with your identity can be tricky. There’s a risk that people within your organisation and/or your audience object to what you’re sharing. Therefore it’s often best to err on the side of caution when choosing content. Likewise statements which, like it or otherwise, will be interpreted as being on behalf of the organisation. I try to stick to a neutral voice because of the risks involved in doing otherwise. This can make interaction tricky. At risk of stating the obvious, someone having asked you a question on social media doesn’t mean you have to answer it on social media (or at all). If you want to ensure you’re responsive, invite people to e-mail the question instead of discussing it in public. Furthermore, never get drawn into a debate or an argument while you’re the voice of an organisation on social media. At best, it won’t cause any harm and, at worst, it will be a disaster. Obviously there’s much more to say on the issue of engagement but hopefully these general principles will prove useful for helping you manage organisational social media feeds.