Part of me stays in the room where we met

What has a year of COVID-19 done to knowledge production?

In this new series of The Isolation Pod we’ll be discussing knowledge production after a year of COVID-19. We cover a range of topics in this opening episode from the affectivity of online teaching and the physical strains of digital scholarship through to the social infrastructure for scholarship and the opportunity to critically revaluate the ‘normal’ which many of us feel a yearning to return to. This exploratory conversation raised lots of issues we’ll explore in future such as the role of practice in responding to crisis, the likely shape of post-pandemic academic culture and whether we need to rebuild the social fabric of scholarship.

Heterosexuality is a Construct

Jesus Christ, I’m done with it, you narrow minded piece of shit, I’d sooner cut off my own dick than be like you. Did that make you uncomfortable, is your macho pride in trouble now, when you’ve beaten me up, then what will you do?

What do we mean by ‘post-pandemic’?

What do we mean by ‘post-pandemic’? The term needs to be defined in parallel to established notions such as post-democracy, post-industrial and post-colonial.

The poetics of pandemics: why ‘living with covid’ gets squeezed out by ‘life after covid’

I’m particularly interested in what this means for how we conceive of the ending of pandemics. As Jeremy A. Greene & Dóra Vargha point out in their contribution to Boston Review’s excellent collection Thinking in a Pandemic: “The history of epidemic endings has taken many forms, and only a handful of them have resulted in the elimination of a disease”.

It’s deeply satisfying to take something inchoate within your mind, what C Wright Mills called ‘the feel of an idea’, giving it form as you throw it out into the world and see what others make of it

What have we lost in the accelerated academy?

A sense of loss pervades critical accounts of the contemporary academy. There’s little uniformity in what these accounts regard as having been lost, or explanations of how this was lost, but mourning nonetheless unites them in a critique of the university system we now work within.

How will vaccine nationalism reshape globalisation? 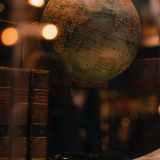 Save us, the human existence is failing

This is a session I’ve been running recently for doctoral researchers on ‘research revolutions’. It’s intended as an accessible overview to three major trends which are reshaping the research landscape. It went down well the first time I ran it but I’m trying to expand its implications for practice, as […]

A quick guide to academic podcasting during a pandemic (part 1)

These are notes for Knowledge, Power, Politics students which I’m sharing in case they’re useful for other people The easiest starting point when planning a podcast is to identify podcasts which you’ve enjoyed. My favourite non-academic podcasts are QAnon Anonymous (a weird mix of citizen journalism, comedy and real time […]

The space for learning design during a pandemic

This is a great summary by Jonan Donaldson on pg 97 of Critical Digital Pedagogy of a trend we’ve all seen during the pandemic: With the rapid expansion of online learning over the last decade I have witnessed a tendency to translate classes into online modalities with designs closely resembling […]

Concepts for the new normal

Sociology On and Beyond the COVID-19 Crisis: An Online Symposium

The self under siege: the best introduction to modern continental philosophy I’ve encountered

I watched this series of lectures by Rick Roderick around a decade ago and it remains the best introduction to modern continental philosophy I’ve ever encountered. I’m sharing it here (and pinning it) as a reminder for myself to rewatch it but also to encourage other people to watch it […]