Things to think about

Someone is wrong on the internet: a conversation between web comics

Do people annoy you more than they used to?

Do people annoy you more than they used to? I’ve found my levels of irritation with people in public spaces rising over the last year and I’ve found it interesting to think about why

Magical voluntarism: I got this

Even if we didn’t manage to solve it this time, we can defer things forward so that next time we assume it’s going to be possible. Perhaps when I’ve changed in some way? Improved myself? Made myself stronger? Or more resilient?

It’s a position I’d understood intellectually but reading it left me with a momentary flash of this obscene totality weaving itself materially and immateriality through social reality as it orchestrates its own expansion and continued ascension.

What does it mean to be partners-in-freedom?

This phrase used by Damon Young has stuck with me in the years since I read the book which contained this acknowledgement in its preface. It immediately resonated yet I’ve only come to understand what it means with time, as well as what it entails for partnership. I thought back to it when reading this wonderful short piece by Simone de Beauvoir, It’s About Time Women Put A New Face On Love, recommended by Jana Bacevic. I realise that Young’s phrase hinted at a horizon of being-with-another that Beauvoir explicated in beautiful and precise prose.

I just went through my old wordpress.com sites and found a fascinating range of projects I’d forgotten about. In some cases, these were barely started or even immediately abandoned, reminding me of fleeting enthusiasms which soon dissipated. In other cases, they were projects that lived out their natural life course, only to eventually be forgotten in the graveyard of wordpress.com.

“At a time when full political information, necessarily worldwide ins cope, is available only to the professional, and when statesmen have found no other clue to world politics than the blind alley of imperialism, it is almost a matter of course for the others, who vaguely sense our worldwide interdependence but are unable to penetrate into the actual working of this universal relationship, to turn to the dramatically simple hypothesis of a global conspiracy and a secret worldwide organization.”

Behold him now, in utter solitude

Behold him now, in utter solitude,
Welcomed by naught save fearful, deathlike silence,—
A silence which the echo of his steps
Alone disturbs, as through the vaults he paces. 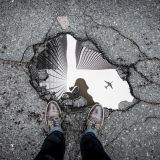 I wrote this on my old blog in 2007 a month after moving into a Sociology department to complete a second masters degree rather than starting my planned Philosophy PhD. It’s strange to realise that my intellectual sensibility was fully formed almost 15 years ago and the progress I’ve made since then has largely been about working out the practical consequences of it for what I do with my life.

How will vaccine nationalism reshape globalisation?

The self under siege: the best introduction to modern continental philosophy I’ve encountered

I watched this series of lectures by Rick Roderick around a decade ago and it remains the best introduction to modern continental philosophy I’ve ever encountered. I’m sharing it here (and pinning it) as a reminder for myself to rewatch it but also to encourage other people to watch it […]

The missing skill of technological reflexivity

In this essay from Critical Digital Pedagogy: A Collection, Howard Rheingold recognises his “complicity in the creation of today’s digital culture” and “outright seduction by high-tech tools” (16-17). He suggests that the orthodox tradition of scientific thought has left us in a pre-scientific predicament when it comes to the application […]

Defining a time frame: from the pandemic, to the intermediate pandemic to the post-pandemic

I thought this was really interesting in Apollo’s Arrow: The Profound and Enduring Impact of Coronavirus on the Way We Live. I’m not sure I completely agree with these categories from Nicholas Christakis but I think it’s a useful undertaking to begin to conceptualise the contours of this transition. From […]

The relevance of Erich Fromm for online learning during a pandemic

I was struck recently by how much Erich Fromm can offer in understanding online teaching. In his To Have Or To Be? Fromm distinguishes between two orientations to the world, the eponymous having and being, which manifest across the full range of human activity. The former is a matter of […]

It’s hardly an original observation that Covid-19 has fuelled what Evgeny Morozov describes as solutionism i.e. the belief that technological solutions can be provided for even the most intractable social problems. However until reading the new book by Nicholas Christakis I hadn’t grasped how the labour involved in an activity […]

From Apollo’s Arrow: The Profound and Enduring Impact of Coronavirus on the Way We Live by Nicholas Christakis, pg 29-30: The world is quite different now than it was during prior plagues; today we have exceedingly dense cities, electronic technology, modern medicine, better material circumstances, and the ability to know […]

The institutional health of Sociology in the UK

I’ve been under the impression that Sociology’s institutional health has been declining in the UK for some time: less A level students and less undergraduates means less capacity for the discipline to reproduce itself institutionally. It turns out this is a great example of the necessity of continuing to check, […]

I was interested to see that Žižek’s bio statement has changed on his latest book. He’s no longer framed as the ‘Elvis of cultural theory’ (a designation I’m struggling to find a source for) but rather as a contrarian of the sort personified by Christopher Hitchens: Slavoj Žižek is one […]

From Slavoj Zizek’s PANDEMIC! 2 loc 575: Physical distancing as a defense against the threat of contagion has led to intensified social connectivity—not only within quarantined families but outside of them (mostly through digital media)—and outbursts of physical closeness (raves, partying, etc.) have erupted in reaction to both: the message […]