This is a test post from a WordPress session

This is a test post from a Wordpress session. I’m demonstrating how to use the Wordpress editor and how simple it can be.

The pedagogical principles of the Python bootcamp 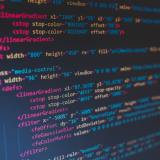 Phil Brooker and I recently completed our second NCRM funded Python for Social Scientists bootcamp. For obvious reasons we switched from a four day intensive face-to-face bootcamp to a five week cross-platform (Slack, Wordpress, YouTube and e-mail) model for the second bootcamp. We reflected on this in a session for the Faculty of Education’s Ideas Lab on Thursday and a colleague suggested it might be a valuable exercise to distill some of the pedagogical principles underlying the project.

The voyages of concepts: some critical thoughts on sociotechnical imaginaries and its application in education

I’ve always been a little bit uncertain about the concept of ‘socio-technical imaginaries’.

What critical realism can learn from ANT and speculative realism

It struck me when reading this passage from Sheila Jasanoff’s introduction to Dreamscapes of Modernity how much critical realism can learn from ANT and Speculative Realism with regards to the reality of social construction.

Nietzsche’s theory of dialogue and its implications for educational podcasting 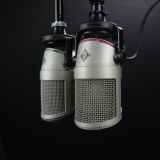 The light we find in these dialogues, the illumination of what was previously in the dark, reflects the refraction of thought which is possible in dyadic interaction. The mutual recognition of the partners in conversation leaves the thought they brought to their interaction turning into something else by virtue of that interaction 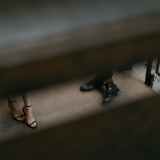 The ambient visibility which social platforms create within and between organisations will tend to amplify the experience of the gap, as reflections on it (complaints, jokes, rants etc) will circulate more broadly than would otherwise be the case.

The loneliness of knowledge production during a pandemic

We need to recognise the pandemic doesn’t have an ‘off’ switch, but rather will fade through a gradual process of normalising for increasingly large swathes of people alongside an ever present background of resurgent threat. This means that we won’t have a return to ‘normality’, but rather a slow, precarious and contested transition into a new reality.

Teaching as a design science: a few reflections on Diana Laurillard’s approach to digital education

I’ve found the approach of Diana Laurillard extremely helpful for articulating what I’ve tended to think of as user cultures and public pedagogies for social media within higher education. As she puts it on pg 2 of her book of the same name, “education must now begin to drive its […]