A conversation with Tyler Shores about digital wellbeing 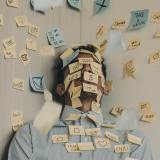 We recorded this for @CamEdFac’s Digital Learning Working Group. I felt we hit upon some key principles for digital wellbeing during the pandemic

Who is writing this blog? 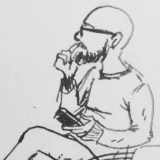 “A theme here is blogging’s tendency to summon a strange double, a second self that seems both alien yet which cannot entirely be disavowed.”

What are the opportunities and challenges for Digital Social Research? 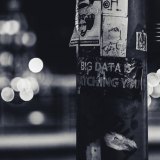 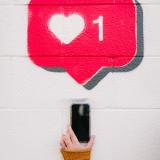 Social media has gone from fringe to mainstream in higher education within the last decade. A culture has developed around it which shapes how it is used by academics and how that use is evaluated. However a range of problems are emerging which that culture is proving unable to address. I explore these problems and suggest how we could reorientate social media culture within universities and why this is necessary.

It distresses me how easily this can be explained in the terms of 00s cyberutopianism. Does Zoom somehow encourage racist attacks? Or does it simply lower the transaction costs sufficiently that scores of racists not quite motivated enough to attack physical events are now willing to do so. 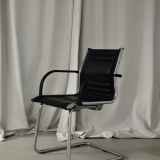 What’s it like to move from organising face-to-face events to organising online events? This is a short reflection on my experience after two Post-Pandemic University conferences.

What has a year of COVID-19 done to knowledge production? 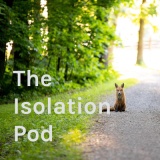 In this new series of The Isolation Pod we’ll be discussing knowledge production after a year of COVID-19. We cover a range of topics in this opening episode from the affectivity of online teaching and the physical strains of digital scholarship through to the social infrastructure for scholarship and the opportunity to critically revaluate the ‘normal’ which many of us feel a yearning to return to. This exploratory conversation raised lots of issues we’ll explore in future such as the role of practice in responding to crisis, the likely shape of post-pandemic academic culture and whether we need to rebuild the social fabric of scholarship.

What do we mean by ‘post-pandemic’? 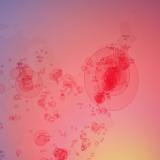 What do we mean by ‘post-pandemic’? The term needs to be defined in parallel to established notions such as post-democracy, post-industrial and post-colonial. 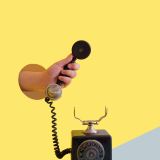 It’s deeply satisfying to take something inchoate within your mind, what C Wright Mills called ‘the feel of an idea’, giving it form as you throw it out into the world and see what others make of it

What have we lost in the accelerated academy? 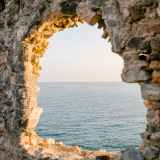 A sense of loss pervades critical accounts of the contemporary academy. There’s little uniformity in what these accounts regard as having been lost, or explanations of how this was lost, but mourning nonetheless unites them in a critique of the university system we now work within.

This is a session I’ve been running recently for doctoral researchers on ‘research revolutions’. It’s intended as an accessible overview to three major trends which are reshaping the research landscape. It went down well the first time I ran it but I’m trying to expand its implications for practice, as […]

This section from pg 2 of Rupert Wegerif’s Dialogic: Education for an Internet Age captures something of my preoccupation with what C Wright Mills called ‘the feel of an idea’. The immediacy with which we can act on this feeling has been vastly increased by the affordances of digital technology: […]

The Co-Production of Platforms by Users: A Case Study of Higher Education

I’ve enjoyed reading Twitter: A Biography very much. I came to it after myself and Lambros Fatsis finally submitted The Public and Their Platforms to a publisher, which is a shame because it resonates with and would have helped us further develop the arguments in our book. At the heart […]

This section from Jean Burgess and Nacy Baym’s new book on Twitter caught my imagination as a research method. It reminded me of this recent paper in The Sociological Review which used Facebook activity logs as an elicitation method. On pg 26 Burgess and Baym describe how they showed participants […]

The light we steal when we learn This extract from Danielle Allen’s superb Why Plato Wrote brought to life an issue which I’ve found myself returning to endlessly over the years. On pg 26 she talks about the Socratic disdain for writing and the capacity for teaching seen to inhere within them. When Socrates says that a […]

The epochal theorising of Zygmunt Bauman

I thought this was a great account of Zygmunt Bauman’s style by David Beer in his newsletter. It’s the same quality which can be found in the trilogy of books by Giddens in the early 1990s which, along with Bauman’s oeuvre, facilitated my transition from philosophy to sociology. These works […]

Are we seeing a turn back towards the Open Web?

From today’s Protocol newsletter: There’s a clear trend here. I’ve talked to a lot of folks recently about the return of blogging, the rise of Substack, and what it means that people are branching out on their own again. Medium clearly understands the underlying goal behind that trend, which is […]

It’s easy to forget the thrill of self-publishing, given the dark banality of social media in 2020

From Martin Weller’s 25 Years of Ed Tech pg 16: By 1995, the web browser was becoming reasonably commonplace, with Netscape dominating. With Facebook pages and WordPress sites created at the click of a button now, it is difficult to remember the effort but also the magic in creating your […]